Well mommies, it happened. I learned what it’s like be a nursing mom and attend a conference with my baby.

Since I had been to Moscone Center and seen children present at other conferences, I figured it would not be a problem bringing bean in the stroller. Plus I did not find anywhere on the Dreamforce website that children were not allowed (although I admit to not perusing the fine print).

With a free expo+ pass in hand, it seemed like a great idea to go with my dad and the little bean on the last day. Conference ending in a couple hours meant less people and a less troublesome baby. 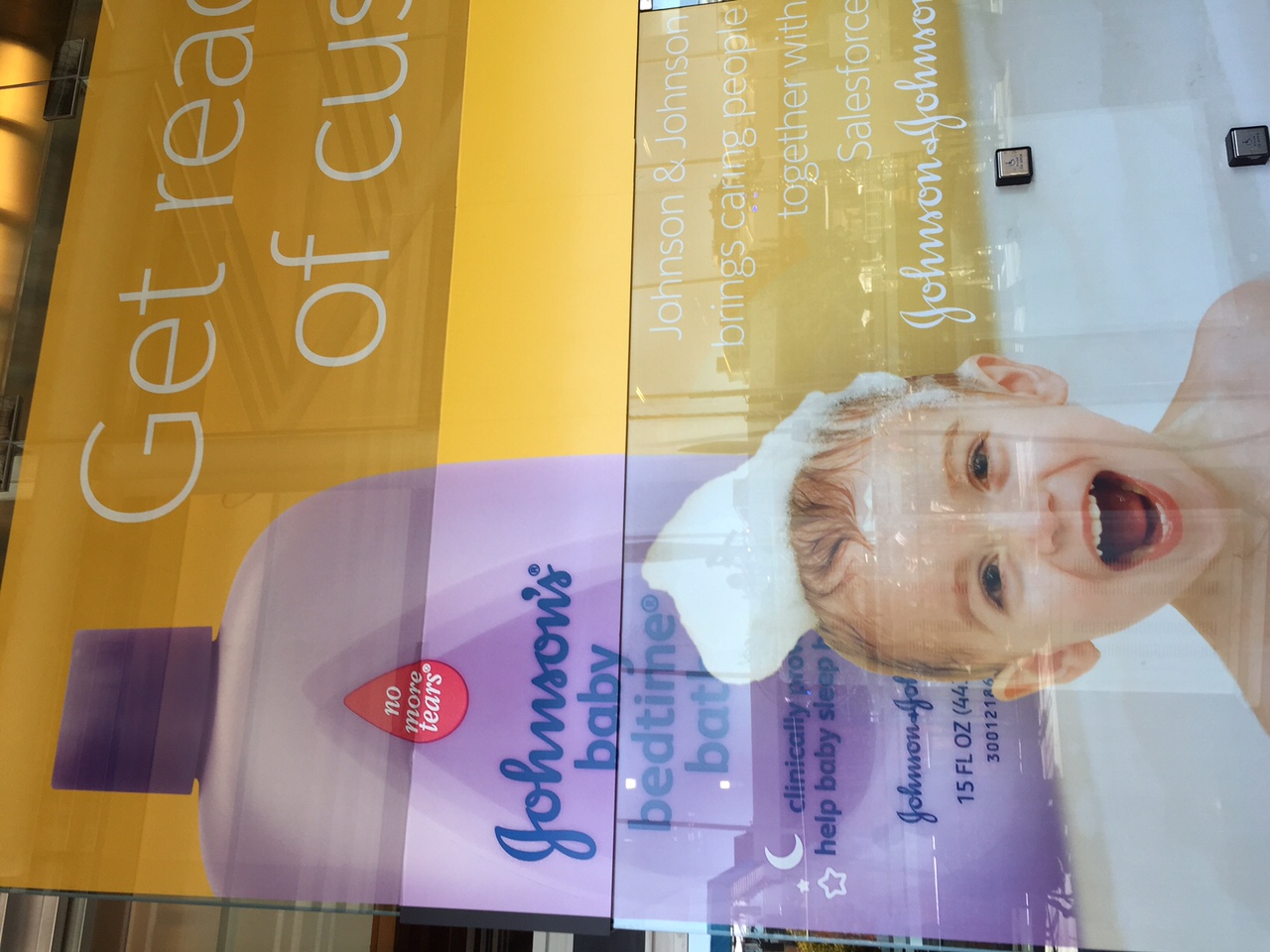 After picking up expo passes in Moscone North, the three of us headed to the elevators.

(sounds like the making of a horror movie… promise, it is)

We are told that babies are not allowed to use the elevator, BUT we can carry baby down the escalator along with the stroller and go to the expo.

Errr…okay? Seems silly that a perfectly functional elevator stands unused but that I have to carry my baby in my hands and that my dad has to carry the stroller on the escalator.

I then went to the Salesforce information lady with and she seemed confused that a baby wouldn’t be allowed in the elevator. She went off to find a security personal.

A few minutes later the security personal, the elevator guard, and the Salesforce info person returned.

“Kids are not allowed on the expo floor. It’s a liability issue.”

Ok? Kids have been to Moscone before, so I ask, “why isn’t this written anywhere when signing up for the ticket (at least in legible font, not the fine print)?”

The security guard walks off and so does Salesforce info person. The elevator guard hangs back and says that there’s a nursing room I could go to in Moscone West and hang out there while my dad visits the floor. We can then switch off.

I was disappointed but pleased that she offered a solution and we ended up talking for 10 minutes. She was very nice.

My dad headed off to the expo floor and I headed to Moscone West where the *Nursing Room on Level 1, Sponsor Room A* is located.

When inside Moscone West, I go to the Information booth to ask where exactly is the room.

The guy is dumbfounded and says that no such room exists. After insisting it does, he looks it up and tells me, the nursing room is in Moscone North.

I said, “no, Moscone North just sent me here. It’s in this building.”

He says they have no idea what they’re talking about and points to the booklet. I reply, “but right here it is written, *Moscone West*.”

“Ohhhh, well, then go through the expo hall and it should be in the back.”

Already feeling tired and annoyed, I go into the expo hall. After a few seconds, a security guard chases me down and says, “NO KIDS.”

I explain that I’m just going to the nursing room. He says no such room exists and I may not enter the expo floor. He says go to the check-in desks and ask them.

At this point, I am ready to give up and head back to the car or feed the bean in some public place.

I give it my last chance and head to the check-in desks. Nearly in tears I tell the lady that I just want to go to the nursing station but security won’t let me inside the expo hall to WALK through it and go to the room.

She gets it. She says that we’ll figure it out. After speaking to security, who reiterate NO KIDS, the security guard calls Head of Security to sort this out.

Within minutes he comes and says it wouldn’t be a problem. He escorts me to the “nursing room” in the back of the expo hall.

Would other moms be allowed to the nursing station? I dunno. Can I walk through the expo floor to *leave* it and not be accosted by security? I hope so…

After seeing all the plush couches on the outside of expo hall, I figured the nursing room would have a nice plush couch and water.

The nursing room is this: 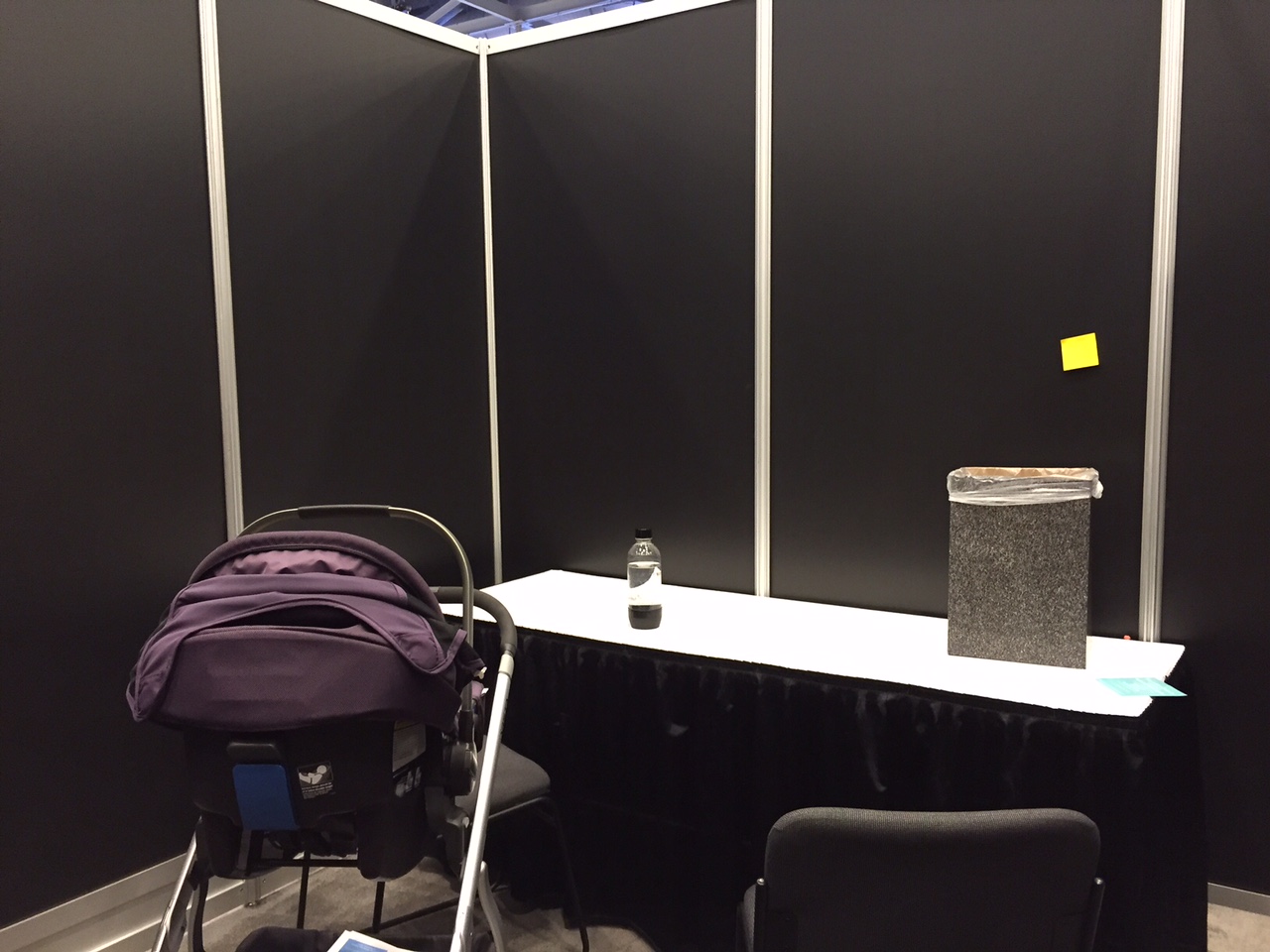 Two chairs, a table, and a trash can. 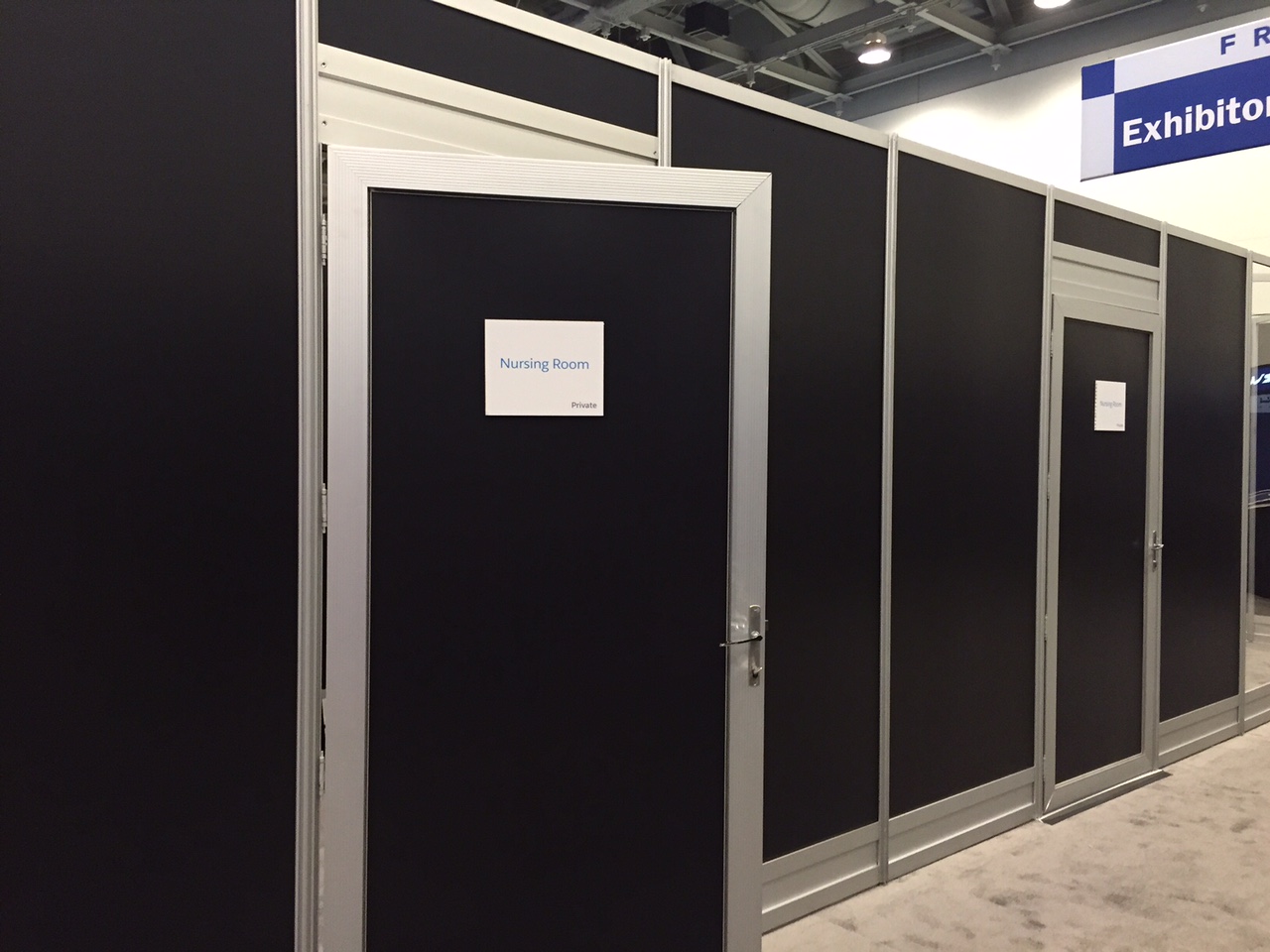 Well, it was a private room. I nursed the bean, we hung out, and did a little crying.

I tweeted about the incident and Salesforce had this response:

@bindisandbottle Thanks for your feedback, we strive to make Dreamforce a great experience. We’ll share your input with the team.

Appreciate the canned response. I know how you really feel about moms now.

**So Dreamforce team, I have only one thing to say: next time you implement a half baked idea to win over tech moms, make an effort to read your own rules.**

We have a long long long way to go to achieve any sort of equality in the workplace, or errr… a conference.

PS – Bean at least didn’t cry or whine at all; he took in all the sights. Yay for that!

PPS – No, I never saw any of the expo halls at Dreamforce. #fail